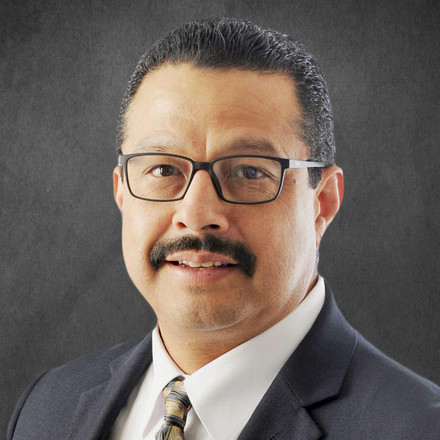 SALINAS, Calif., — When he first picked up a camera in 2006, Ronnie Esparza fell in love with the sound of the shutter. That tell-tale click-whir brought with it the excitement of capturing frozen moments in time and telling a story within a single photograph.

Working in the mortgage industry at the time, Esparza had no formal training, no technical skills, and no idea where his new love of photography would take him. But he summoned the discipline needed to study the art, teach himself the skills and let his natural curiosity take over.

Today he runs Ronnie Esparza Photography & Video Services in Salinas, a business he literally built from the ground up.

“There is a quote that I live by, from (the late UCLA) basketball coach John Wooden,” he said. “ ‘Discipline yourself so others won’t need to.’ That says it all about my life.”

Born in Texas but raised in East Salinas from an early age, Esparza learned discipline and hard work from his parents. “My dad worked two jobs his entire life,” said Esparza, now 52. “My mom worked in a packing shed for 25 years before bettering her life by pushing herself to pass the county test and ended up retiring from the county after 20-plus years. They had three kids and gave us everything we needed.”

In 1996, Esparza began working in the mortgage industry, and finally made “real money.” So he did what anyone without equestrian experience would do — he bought two horses, two saddles and a horse trailer.

“The guy that sold me the horses asked me if I knew how to ride and I said yes, even though I had never ridden in my life,” he said. “So he took me out to help him find a lost calf and I was bouncing everywhere! The horse went left and I went right and I fell off. I got right back on and held on. I loved everything about it from that moment.”

In typical fashion, Esparza taught himself to ride, learning from an old cowboy in San Ardo. Soon he started competing with reined cow horses, a type of Western riding competition in which horse and rider are tested for ability to work cattle. He began winning competitions, earning a championship buckle in Paso Robles in 2012.

Age and wisdom soon took over and Esparza left riding, but the cowboy lifestyle took hold of him. In 2015 he was asked to photograph the Miss Rodeo California Pageant as part of the California Rodeo Salinas. Esparza is still the official photographer for that event, and also shoots the rodeo’s competitive events. He is also a member of the Monterey County Sheriff's Advisory Council. He shoots photos for the nonprofit, and is a volunteer unit Commander for the Monterey County Sheriff's Office Search and Rescue.

None of that would have happened if he hadn’t climbed on that horse and pretended he could ride.

“Sometimes you have to just jump in,” he said. “If I want to do something I’m not afraid of failure, and a lot of that has to do with my upbringing. My dad was always on me, and thanks to him I have the tenacity to make things work, to make dreams come true.”

While his dad taught his discipline and responsibility, his mom taught him about love.

“My mom was the nurturer, and I’m not afraid to show people I care,” Esparza said. “I hug a lot, and I’m an emotional person. It shows with my clients. I love when I shoot something, maybe a senior portrait, and the parents come from behind the screen to see the photo and they cry.”

Now a seasoned, accomplished photographer, Esparza knows that it’s not only about mastering a camera or owning the best gear. Instead it’s about the inherent qualities that allow a photographer to see beauty in the most unexpected places and capture that moment in time.

To accomplish that requires a creative mind — and a world of imagination. A good photographer must have a very keen eye for detail to ensure that all elements within the photo —  the lighting, the composition, the subject, and everything else in between — work together to convey the right vision or message.

“Photography is an art and every artist has a unique style to them,” he said. “My style is hard to explain but it’s very traditional photography, sharp images with lots of color and saturation. But all natural — nothing manipulated.”

Beyond that, Esparza’s work requires people skills because he works with a lot of human subjects.

“Knowing how to connect and communicate with others is important,” he said. “You have to know how to read people to be successful. And you have to adapt, that’s huge, adapting to the personality of a subject, to draw out their personality and show who they are through that picture.”

Finally, Esparza says being a good photographer requires passion for the craft.

“When you’re excited about what you do, it will always shine through in your work,” he said. “In my life so far it’s always made me work a little harder and try to be better than you were the day before.”

In other words, when you fall off a horse you get back on and ride again.